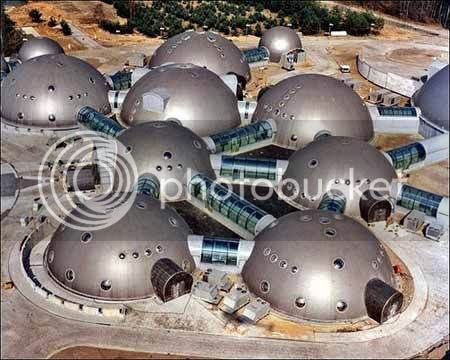 This is a lunar colony secretly built by NASA. Well, almost. It's actually the uber-sci-fi head offices of the RMF Polish FM Radio station RMF and RMF Television in Krakow, Poland. In fact, speaking of NASA, The external surface of the dome was indeed constructed in the United States under a licensing from NASA. The colony is so futuristic and environmentally conscious that the tunnel lights only go up when they detect someone approaching - to add to the lunar ambiance I'm sure. 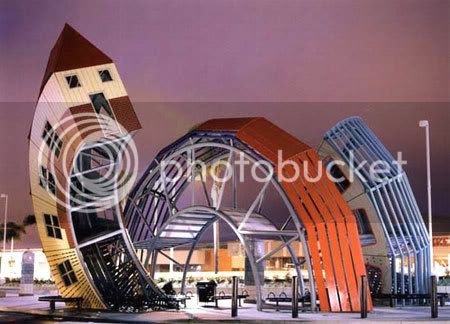 Here's a bus station to wait in line for. At the Pacific View mall in Ventura, California, designer Dennis Oppenheim calls it "the metamorphosis of a bus becoming a house" and a thought to pack your bags with: "The passengers will arrive at their destination. They will arrive home." All aboard! 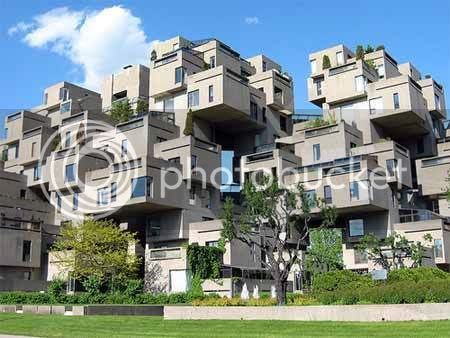 This is the Habitat 67 - architect and designer Antoine de Saint-Exupery's theme building for an exposition called Expo 67 in Montreal, Quebec, Canada. Titled "Man and his World", Saint-Exupery called it a new house "that doesn’t have a face yet." And also that "the truth for one was to build; it is, for the other, to occupy it." Well, according to Habitat site, some 148 singles, couples and families occupy it now, and that's the truth. 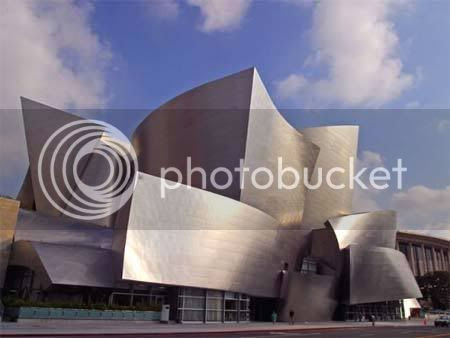 The Walt Disney Concert Hall in Los Angeles, California is designed by Frank Gehry. The building's exterior contains stainless steel with a matte finish and other areas include highly polished mirror-like panels. Gehry's sense of humour about his work is reflected when the building was later spoofed in The Simpsons in which the hall was turned into a Jailhouse, for which Frank Gehry himself provided the voice! 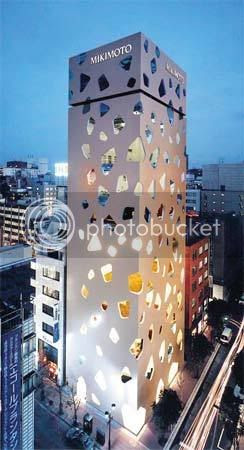 This gem of a building - designed by Japanese architect Toyo Ito - is the Mikimoto & Company jewellery shop in the busy district of Ginza2 in Tokyo, Japan. During daytime, its steel facade looks like a leopard skin which is lit up at night in different colours. 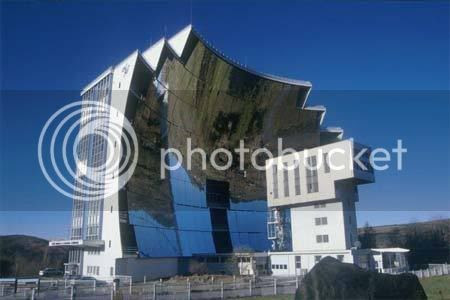 A very practical weirdo in our series of buildings. It's a solar furnace at Odeillo in the Pyrenees of France. The idea is to harness the rays of the sun in order to produce high temperatures by concentrating those rays using curved mirrors. And as one not-so-equally clever hotel heiress would say: "It's hot!" 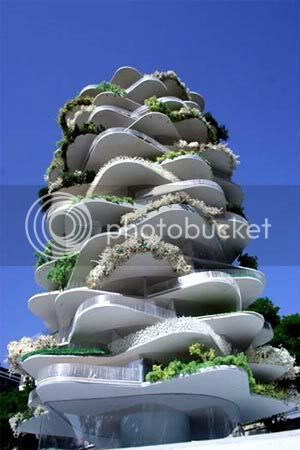 The Netherlands never really was a desert, but the designers down at UCX Architects in Amsterdam created this apartment complex called The Urban Cactus, anyway. Sure looks weird; though not half as weird as the Babelfish translation of the designers' description, which goes like: "Urban Cactus are themselves to the head of this back edge and belong as an object more at this green vein then at the surrounding urban structure." You betcha! Ever wonder how a fairy tale house is imagined by a kid when he or she is almost asleep? That's the "Crooked House" on Bohaterow Monte Cassino Street in Sopot, Poland - our second weird design from Poland. Polish rule! According to the blurb from its contractor Allcon, it was inspired by the "fabulous drawings of Jan Marcin Szancer and Per Dahlberg." Or perhaps, inspired by their kids, I think. 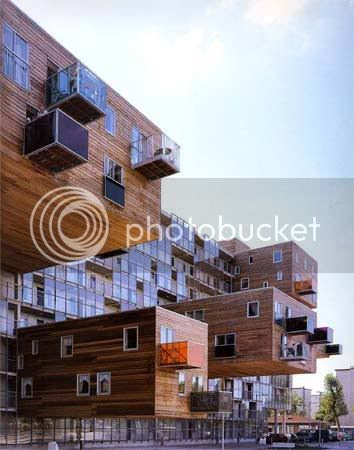 Designed by a group of Dutch architects and designers of the firm MVRDV, these are Wozoco's Apartments: our second weirdo in Amsterdam, Netherlands - the Dutch rule too! A pretty funky architecture fit for a college's design department dorm, you'd think? Nope, they are for the elderly Dutch people! The designers description, weirdly, could almost be describing a space station: "We combine the technique of assemblage with strong zoning envelopes, often discovered through a recombination of program and site-specific elements." Yup, it's hip to be square in Amsterdam. 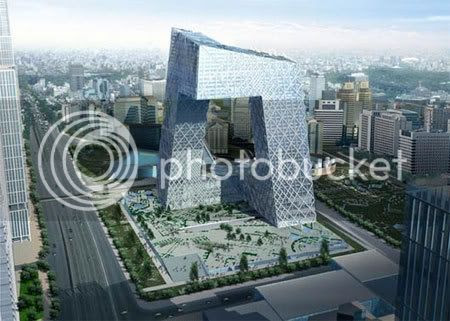 Inaugurated before Beijing Olympics, this is architect Rem Koolhass's design for the new headquarters of China Central Television (CCTV) in Beijing, China. It's two 60 degrees leaning towers that are bent at 90 degrees at the top and bottom. Another interesting factoid: It is considered an "earth-bound" structure and not a 'skyscraper' due to the fact that it is almost equally earth-bound horizontal and sky vertical.